Shira Chess is Assistant Professor of Entertainment and Media Studies at the Grady College of Journalism and Mass Communication at the University of Georgia. Dr. Chess’ research interrogates the intersections between gender studies and video game studies. In particular, she has written extensively on games that target women audiences. Additionally, she has researched several other topics in digital media including research on “Slenderman” memes and pervasive gaming such as the Google game Ingress. Her research has appeared in journals such as Critical Studies in Media Communication, New Media & Society, Feminist Media Studies, and Information Communication & Society. 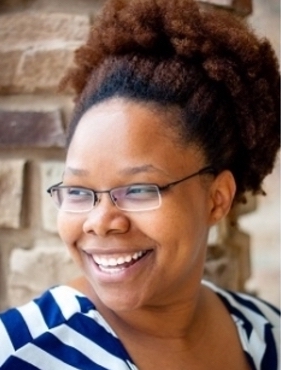 Kishonna Gray  is an Assistant Professor in the School of Social and Behavioral Sciences in the New College at Arizona State University. She is also a Faculty Associate at the Berkman-Klein Center for Internet & Society at Harvard University. Her work broadly intersects identity and new media; although, she has a particular focus on gaming. Her most recent book, Race, Gender, & Deviance in Xbox Live (Routledge, 2014), provides a much-needed theoretical framework for examining deviant behavior and deviant bodies within that virtual gaming community. Her work has been featured in outlets such as the Journal of Comparative Research in Anthropology and Sociology, Ada: A Journal of Gender, New Media, and Technology, Bulletin of Science, Technology, & Society, New Review of Hypermedia and Multimedia, Information, Communication, & Society, among others.

Larissa Hjorth Professor Larissa Hjorth is an artist and digital ethnographer in the School of Media & Communication, RMIT University. Since 2000, Hjorth has been researching the gendered and socio-cultural dimensions of mobile media and play cultures in the Asia-Pacific. These studies are outlined in her books, Mobile Media in the Asia-Pacific (Routledge, 2009), Games & Gaming (Berg, 2010), Online@AsiaPacific (with Arnold, Routledge, 2013), Understanding Social Media (with Hinton, Sage, 2013), Gaming in Social, Locative and Mobile Media (with Richardson, Palgrave, 2014), Haunting Hands (with K. Cumiskey, Oxford Uni Press, 2016), Digital Ethnography (with Pink, Horst, Postill, Lewis and Tacchi (Sage, 2016) and Screen Ecologies (with Pink, Sharp and Williams, MIT Press, 2016).

Hjorth is currently first CI on two Australian Research Council (ARC) grants: one Linkage with Intel, Locating the Mobile, on locative media in Japan, China and Australia (with S. Pink & H. Horst), and one Discovery (with I. Richardson) Games of Being Mobile: mobile gaming in Australian everyday life.

Christian Licoppe is Professor of Sociology and the head of the Social Science Department at Telecom Paristech, after a stretch in industrial research, where he managed social science research at Orange R&D. Among other things, he has worked in the field of mobility and communication studies for several years. He has used mobile geolocation and communication data to analyze mobility and sociability patterns of mobile phone users. He is also interested from a social and juridical perspective in the way systems based on Bluetooth recognition of proximate mobile terminals may provide serendipitous opportunities for spurious and enriched encounters. He has also developed ethnographic approaches of complex activity systems relying on innovative use of communication technologies, at the intersection of sociology of work, organization studies and anthropology of activity, such as call centers (in the telecommunications and banking sectors) or the introduction of video in French courtrooms.

Nick Tandavanitj is a media artists who has worked with Blast Theory since 1994. In this time, Nick has focused on creative approaches to computing, contributing to the group’s unique mix of skills in structuring interactivity and narrative.  This has led to particular skills in 3D modeling, technical design & programming for interactive installations and web-based artwork. In 2003, Nick became an Arts and Humanities Research Council Research Fellow at the University of Nottingham undertaking a nine-month programme of research into artistic, social and gaming applications which use mobile technology. Nick also teaches as part of Blast Theory’s programme of Performance and New Technologies workshops. This work incorporates introductions to a variety of tools from cameras & projection systems, to multimedia software including Adobe Director and to developing concepts & techniques for generating interactivity. Nick has also contributed to a number of academic papers for with the Mixed Reality Lab.